Posted May 14, 2020 & filed under Facts about Fluoride, Fluoride and Public Health, Health Equity.

One of the common themes of fluoridation critics is that not enough research has been done on the safety of this health practice. For example, the authors of a 2010 book entitled The Case Against Fluoride complained: “Many health questions remain unasked and unanswered.” The fact is that a number of new studies and reports about fluoride are released each year. Indeed, within recent months, new articles in two prestigious journals strengthen our confidence in the safety of fluoride at the level used in community water fluoridation. 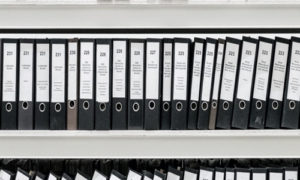 The first of these studies examined whether there was a correlation between fluoride exposure and osteosarcoma (a rare bone cancer), an issue that critics have raised in the past. Writing in the Journal of Dental Research (JDR), the authors relied on a sample of 645 children and young adults from eight states and the District of Columbia who were diagnosed with various orthopedic conditions, including osteosarcoma. The authors then determined the portion of their lives that these individuals had lived in a fluoridated community.

The JDR study was strengthened by the decision to conduct this as a case-control study. In other words, the authors were able to compare findings between a group of patients with osteosarcoma (case) and a group of patients with different orthopedic conditions (control) all presenting to the same hospitals during the same period. After their analysis, the authors concluded that the findings “demonstrated that community water fluoridation is not associated with an increased risk for osteosarcoma.”

The second recent study was published by the Archives of Toxicology (AT). This study by European researchers was a systematic review of the scientific literature exploring fluoride and neurotoxicity. The authors of the AT article wrote that “almost all studies investigating the effect of fluoride intake on intelligence were performed in relatively poor, rural communities” including China and Mongolia “where drinking water may contain comparatively high levels of fluoride” that often far exceed the concentrations used for community water fluoridation.

The AT authors wrote that only two studies published since 2012 have a “suitable study design,” having investigated the effect of fluoride exposure resulting from optimally fluoridated water. The authors explained that most of the remaining 21 studies focused on “the effect of fluoride exposure in drinking water resulting from endemically occurring fluoride” at levels that reached as high as 18.08 mg/L.

Of the two better-designed studies related to neurotoxicity, the AT authors identify an interesting contrast between the New Zealand study (Broadbent et al., 2015) that tested individuals at several ages (including adulthood) and found no IQ-fluoride link and the Canadian study (Green et al.) that reported such a link. The authors explain that the IQ tests in the Canadian study were “performed only once between the age of 3 and 4 years, but the exact age of the children at the time point of the test has not been considered in the statistical analysis. This may be problematic, because the IQ of children changes strongly between 3 and 4 years.”

The European researchers concluded that “based on the totality of currently available scientific evidence, the present review does not support the presumption that fluoride should be assessed as a human developmental neurotoxicant at the current exposure levels in Europe.”

On the one hand, we always welcome new high-quality studies that provide additional insights about fluoride’s benefits or safety. On the other hand, critics’ complaint about a scarcity of research seems weak when considering the U.S. National Library of Medicine contains more than 64,000 research papers that refer to fluoride or fluoridation. The two most recent journal articles reinforce the scientific community’s enduring commitment to confront tough questions and seek answers — regardless of who is pleased by those answers.