Officials at the Centers for Disease Control and Prevention (CDC) recently read a research review of fluoride that was conducted by the National Toxicology Program (NTP), and the CDC released a letter declaring that it “maintains its confidence that optimally fluoridated drinking water is a safe and effective tool to prevent tooth decay in children and adults.” 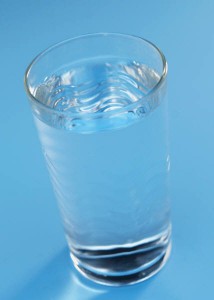 For its review, NTP examined 32 existing studies of laboratory animals to explore whether fluoride exposure is associated with impairment in learning and memory. Although the NTP found low to moderate levels of evidence for an association, it’s worth noting that nearly all of these studies involved exposures of fluoride that far exceeded the level recommended by health officials for fluoridating drinking water (0.7 parts per million). In fact, many of the studies focused on fluoride levels that were at least 50 times higher than the optimal level.

In its letter, the CDC welcomed the NTP review and agreed with NTP officials that additional research would be helpful to assess any potential adverse effects of fluoride at the levels used for the practice of community water fluoridation (CWF).

Fortunately, our confidence in fluoride’s safety is backed by a 2014 peer-reviewed, human study that involved more than 900 people whose intellectual and memory skills were evaluated. This study, published by the American Journal of Public Health (AJPH), found no link between cognitive and intellectual skills and exposure to fluoridated water. This study not only examined the results of IQ tests but also examined scores for reading comprehension, memory and reasoning skills. The study is considered relevant and high-quality because it evaluated these scores over a 30-year period, was conducted in a nation where water fluoridation is common, and used a consistent instrument to measure intelligence and other aptitudes.

The co-authors of the AJPH study explained that if fluoride did, in fact, lead to lower IQ scores, then major declines in IQs would be expected in countries where water fluoridation is widespread. “No dramatic historical decreases in IQ have been seen following widespread implementation of CWF or worldwide introduction of fluoride toothpastes; instead, historical comparisons have documented substantial IQ gains across countries since the mid-1900s,” added the co-authors.

For years, critics of fluoridation have tried to link fluoridation with lower IQ scores, but the overall body of evidence does not support such a link. For more information on critics’ assertions, visit this Campaign for Dental Health resource.