The Surgeon General, Fluoridation, and the Goal of Equity

The Surgeon General of the United States is a physician who speaks with unique credibility and perspective. Through the past decades, numerous Surgeons General have issued public statements affirming the importance of community water fluoridation (CWF). Dr. Vivek Murthy, who is now serving in his second stint as Surgeon General, issued such a statement in December 2015, while he served in this role under President Obama. We invite you to watch the two-minute video in which Dr. Murthy shared his views. 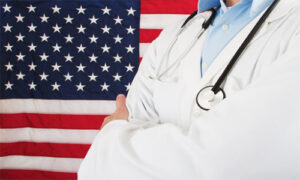 In this video, Dr. Murthy calls CWF “one of the most cost-effective, equitable and safe measures communities can take to prevent tooth decay and improve oral health.” Officials at the New York Academy of Medicine have written that “the role of the U.S. Surgeon General is to set the national agenda for health and wellness.” Considered in that context, Dr. Murthy’s message is powerful.

In each of the terms he has served, Dr. Murthy has made health equity one of his primary objectives. Recent studies and reports point to CWF’s ability to reduce oral health inequities. In March 2021, Public Health England issued a report called Inequalities in Oral Health in England. According to PHE’s report, “our studies examined the effect of water fluoridation on inequalities in caries levels among children. These studies consistently found that inequalities by area deprivation were less pronounced in fluoridated areas.”

Although PHE identified some promising programs to educate the public about oral hygiene and other behaviors that foster better oral health, its report concluded that “whole population interventions such as water fluoridation are more likely to reduce inequalities in children’s oral health.”

In 2020, a New Zealand study examined the association between CWF and the rate at which children needed ambulatory sensitive hospitalizations (ASH) to treat their tooth decay. (At young ages, children with severe decay are typically treated in these settings under general anesthesia.) CWF programs reach a significant share of New Zealand’s population, and this study found that CWF “was associated with a reduced dental ASH rate for children aged 0–4 and 5–12 years. Children living in the most deprived areas showed the greatest effect of CWF on dental ASH rates, indicating that the greater health gain from CWF occurred for those with the highest socio-economic disadvantage.”

The takeaway is clear:  To achieve health equity, we need to preserve and extend CWF.