Posted June 22, 2015 & filed under Facts about Fluoride, Fluoride in the News. 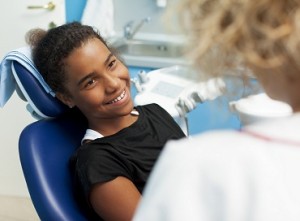 A new review by the Cochrane Oral Health Group Review concludes that the introduction of CWF “resulted in a 35% reduction in decayed, missing or filled baby teeth and a 26% reduction in decayed, missing or filled permanent teeth.” While these findings are fully consistent with the U.S. Task Force’s conclusions and recommendations, Cochrane reports that it found “very little contemporary evidence” to evaluate the effectiveness of CWF. Should this statement undermine our confidence in CWF’s benefits? No. Given how Cochrane assesses research, its finding shouldn’t surprise anyone.

Cochrane’s conclusion about the strength of the contemporary evidence was determined by its process. Although Cochrane identified 4,677 studies of fluoride’s impact on dental health, only 155 of them fit the narrow criteria that it used for assessing the applicability or quality of research. In other words, Cochrane’s criteria excluded 97% of the studies that have been conducted.

For example, Cochrane excluded any study whose baseline data compared a fluoridated community with a non-fluoridated community. (Cochrane’s protocol requires that studies collect dental data at two points, and that one of these points has to be before either community had begun fluoridation.)  Cochrane included only studies that measured outcome by number of decayed, missing or filled teeth or surfaces, primary or permanent, and proportion of people who were caries-free.

This protocol means that Cochrane did not include in its review a number of meaningful peer-reviewed studies with other important outcomes. For example, Cochrane excluded the 2014 British study that examined the rate of hospital admissions for tooth extractions caused by dental disease. In this study, 19 of the 20 health districts with the highest admission rates were in the non-fluoridated region. Cochrane also excluded a 2010 New York State study that compared the dental health of Medicaid-enrolled children and revealed that the average number of dental treatments per child was 33% higher in counties with low levels of CWF.

The way Cochrane assesses health research is certainly useful for clinical, individually-directed treatments for which randomized trials are realistic. But it would be a logistical nightmare to try creating a public water system that pumps fluoridated water to the first house on the block, delivers non-fluoridated water to the following two houses and then provides fluoridated water to the 4th and final house on that block. Cochrane agrees. Its review recognizes the “infeasibility” of conducting randomized controlled trials for population health measures such as CWF. In addition, Cochrane acknowledges that “there has been much debate around the appropriateness” of using its GRADE technique for assessing public health strategies such as CWF. 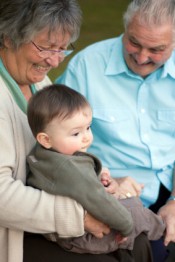 Because of the strict standard of evidence used by the Cochrane review, it concluded there was “insufficient information” to reach conclusions about several questions, including whether CWF helps to reduce socioeconomic disparities in tooth decay.  It’s interesting to note that one of the Cochrane review co-authors was an investigator on two studies that concluded that CWF does reduce these disparities. The first study (1999) that Helen V. Worthington of the University of Manchester co-authored concluded that there “is much supporting literature for the finding that water fluoridation is differentially beneficial to more deprived groups” of children. The second study (2000) that she co-authored reached this conclusion: “Our results show that fluoridation has greatest dental benefit in more deprived areas at an electoral ward level.”

One value of a Cochrane review is to identify questions for which more information would be useful and thereby guide researchers to those issues. However, as additional research is conducted, we must make public health decisions on the basis of the evidence that we do have. In this respect, we have a firm recommendation by the U.S. Community Preventive Services Task Force—an independent panel of scientists and subject-matter experts. Before reaching its conclusion, the Task Force reviewed 161 studies on fluoride and fluoridation. And 34 of these studies were conducted between 1999 and 2012.

While we welcome more research, the substantial existing research convinces us that CWF is a safe and effective way to prevent tooth decay in children and adults.