Posted May 06, 2013 & filed under Fluoride and Public Health, Fluoride, Oral Health, and Access to Care. 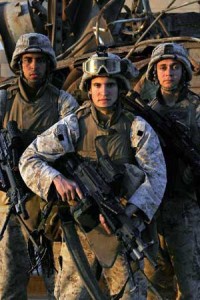 A memorandum issued in March 2013 by a senior official with the U.S. Department of Defense outlines plans to ensure that all military personnel have access to fluoridated water. The memo reports that the Assistant Secretary of Defense for Health Affairs “has determined that providing optimally fluoridated water at DoD installations helps to improve and sustain the military readiness and health of military personnel.”

The armed forces have a very good reason for wanting to reach more military personnel with the benefits of fluoridated water. As the memo explains, tooth decay is one “significant reason” why some military personnel are classified as non-deployable for service.

That’s a strong vote of confidence in fluoridated water. The memo also directs all military bases serving at least 3,300 enlisted personnel to fluoridate their drinking water by fiscal year 2016. And the memorandum states that fluoridation “should be required” in any future agreement by military bases to access drinking water from private utilities.