Fluoride in water is an important way to prevent tooth decay, which causes millions of lost hours of work and school each year. We know from seven decades of scientific research that an optimal level of fluoride in water is safe and effective in preventing tooth decay by at least 25% in both children and adults. Children who experience tooth decay are more likely to have pain that makes it hard for them to eat, sleep and learn in school.

In 2019, a study published in JAMA Pediatrics, “Association Between Maternal Fluoride Exposure During Pregnancy and IQ Scores in Offspring in Canada”, found maternal exposure to higher levels of fluoride during pregnancy was associated with lower IQ scores in male children aged 3 to 4 years. The study has prompted some questions about whether we should reexamine fluoride intake during pregnancy.

While we welcome this addition to the research, the American Academy of Pediatrics and the Campaign for Dental Health continue to recommend fluoride to prevent tooth decay. 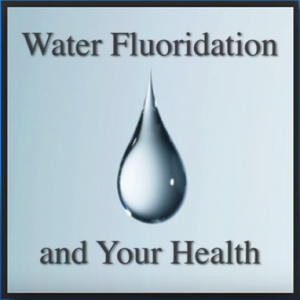 This study examined pregnant women’s fluoride exposure in two ways. Researchers analyzed fluoride levels in the urine of 512 pregnant women in Canada, taken during each trimester of pregnancy. Researchers also obtained self-reported information from 400 of the 512 pregnant women on daily fluoride intake from water and other beverages, including tea. Three measures of IQ—Full Scale, Performance and Verbal—were assessed in the women’s children at ages 3 to 4 years.

Women living in areas with fluoridated tap water had higher mean urinary fluoride levels than those living in areas without fluoridated tap water (0.69 vs 0.40 milligram per liter, or a difference of about 0.30 mg/L). Adjusted results showed that a full 1 milligram per liter increase in maternal urinary fluoride was associated with a 4.5-point lower Performance IQ score in boys. There was no statistically significant association for girls. In the group for which self-reported fluoride intake from all sources was estimated, each additional milligram of daily fluoride intake was linked to a 3.7-point lower IQ score in boys and girls.

What did the study find about IQ?

There was no difference in the Full Scale IQ score of preschool children living in fluoridated communities compared to those in non-fluoridated areas, with an average score of 108 in both. When looking at the full range of maternal exposure to fluoride, the study observed an association between maternal fluoride and lower Performance IQ scores in children, with a statistically significant difference observed only in boys, making these results difficult to interpret.

Was this study designed to demonstrate cause and effect?

No. This was an observational study in which information was collected and correlations were observed. It was not a controlled study in which a specific condition was implemented, measured, and a relationship demonstrated.

Since the report’s publication on August 19, 2019, scientists and researchers have raised questions about the analysis and its interpretation, noting that the study’s observations need to be researched further and the findings validated by other studies before any clear conclusions can be drawn.

Yes. The American College of Obstetricians and Gynecologists, which stresses the importance of good oral health during pregnancy, continues to recommend women use fluoridated toothpaste. The American Dental Association “remains committed to fluoridation of public water supplies as the single most effective public health measure to help prevent tooth decay.”

While the report stated there was a possible need for some women to reduce fluoride intake during pregnancy (emphasis added), there are still many questions to be answered before a recommendation can be made for pregnant women to forego the benefits of fluoridated water.

What does this study mean for community water fluoridation programs?

Community water fluoridation continues to prevent significant amounts of tooth decay, the most common chronic condition of childhood. The US Public Health Service regularly reexamines the level of fluoride in water and makes recommendations to ensure an optimal level for the public. Public policy is based on a body of evidence, rather than a single study.

What to conclude from this study?

This study adds to the enormous volume of research on fluoride and community water fluoridation. At the recommended levels, fluoridation continues to play a valuable role in safely and inexpensively preventing dental disease. We look forward to future research to test the validity of these observations.

Dental disease is widespread, causing millions of lost hours of school each year. This evidence is clear: children who experience tooth decay are more likely to have pain that makes it hard for them to eat, sleep, and learn in school. Simply by drinking water, Americans can benefit from fluoride’s cavity protection wherever they live, work and play.