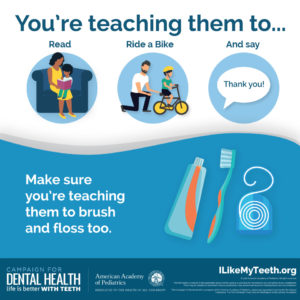 Thousands of studies have been conducted on fluoride, fluoridation, and tooth decay. Few topics have been examined more closely. The overwhelming weight of the evidence shows that fluoridated water reduces the rate of tooth decay.

Of all the brands of toothpaste that are sold, 90 percent contain fluoride, a mineral that exists naturally in lakes, rivers and groundwater. Given the widespread use of fluoride toothpaste today, is fluoridated water still necessary? Yes! How do we know? Consider the solid evidence from research that has been conducted since fluoride toothpaste became widely used.

Fluoridation remains critically important to prevent tooth decay. In the early 1960s, adults — nearly all of whom had grown up without access to fluoridated water — had a per-person average of 18 decayed, missing or filled teeth. Tooth decay rates have fallen significantly for children and adults since then. Still, tooth decay remains the most common chronic childhood disease. And more than half of all teens (ages 12 to 19) have had a cavity in at least one of their permanent (adult) teeth.

Public health officials aren’t the only ones promoting the benefits of water fluoridation. The U.S. military also recognizes the continued need for fluoridated water. In fact, a senior Defense Department official called tooth decay “a major problem for military personnel” and notes that the Department’s policy supporting fluoridation will “directly reduce their risk for dental decay and improve [military] readiness.”

Brushing with fluoride toothpaste twice each day is important. So is seeing a dentist regularly. Many Americans put off appointments because they lack dental insurance and feel they cannot afford the costs. At a time when more than 100 million Americans lack dental insurance, fluoridation offers an easy, inexpensive preventive strategy from which everyone benefits simply by turning on their tap.

So there you have it. When it was first implemented in Michigan back in 1945, fluoridated water was a smart idea — and it still is.