Does Fluoride Cause Cancer?

America has been preventing tooth decay with fluoridated water for 70 years. Community water fluoridation is safe, effective and benefits everyone equitably. That’s the conclusion of every major health organization in the United States. About 75% of U.S. communities enjoy fluoridated water.

A public health practice that touches the lives of so many people must be thoroughly tested for safety. Health effects of fluoride in drinking water have been studied for more than 70 years. A large body of evidence continues to prove that fluoridation poses no risk to health, despite claims to the contrary.

Here is a sample of the valid scientific evidence from around the world showing that fluoride does not cause cancer. 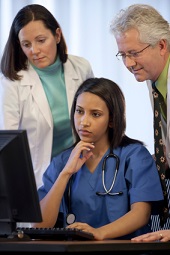 After decades of study, no link has been found between fluoride and cancer. The weight of international scientific evidence, and decades of experience in the United States and elsewhere, have demonstrated the safety and effectiveness of community water fluoridation.