Posted February 26, 2021 & filed under Facts about Fluoride, Fluoride and Public Health, Fluoride in the News.

A committee of the National Academies of Sciences, Engineering and Medicine (NASEM) recently completed its peer review of a draft research report and rejected its claim that fluoride is a neurotoxin. The review issued on February 9th marked the second time in two years that NASEM found this claim to lack sufficient evidence. 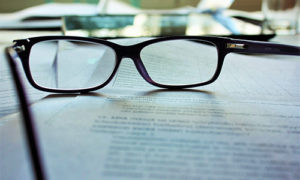 The report or monograph that NASEM reviewed was drafted by the National Toxicology Program (NTP). In its most recent review, NASEM wrote that the NTP monograph “falls short of providing a clear and convincing argument” to back its conclusion about fluoride. In addition, NASEM directed the NTP to “make it clear that the monograph cannot be used to draw any conclusions” about low fluoride exposures, including the levels of exposure associated with community water fluoridation (CWF).

The NASEM committee identified various deficiencies in the methods that the NTP used to conduct its systematic review. NASEM also raised concern about the criteria by which the NTP chose which studies to cite. The NASEM review stated: “Some text in the revised monograph continues to be impressionistic and haphazard in citing various findings from studies and does not provide a clear rationale for why some findings are reported and others are not.”

In March 2020, NASEM released its review of an earlier version of the NTP monograph, finding its claim about fluoride was not adequately supported by the evidence. The failure of the NTP monograph to clear peer review is a significant development for both science and oral health policy.

In recent years, opponents of CWF have increasingly focused their attacks on the claim that fluoride is a developmental neurotoxin. However, the substantive concerns that are raised in the latest NASEM review remind us that this remains a claim that lacks the support of solid science.

In a news release, the American Dental Association (ADA) cited the NASEM review and said that the concerns it raised “mirror those of the Association.” The American Academy of Pediatrics welcomes new research and continues to recommend community water fluoridation.