Bottled Water or Tap? Considerations for your Choice 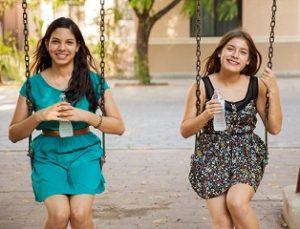 The New York Times published a fun interactive quiz in late October, Bottled Water or Tap: How Much Does Your Choice Matter? It takes the reader through a series of questions, mostly to gauge knowledge, but also to show us the environmental impact of our personal habits. It’s the kind of activity most of us avoid because, by the end, we’ll inevitably feel guilty.

Most health advocates promote drinking water over sugar sweetened beverages. Many urge tap water over bottled water. That’s the best way to benefit from the prevention provided by the fluoride that is added to community water systems serving about 75% of us. (Most bottled water does not contain the optimal level of fluoride to protect teeth.)

As a result of the lead crisis in Flint, Michigan and the fight to protect the safety of the water at Standing Rock, there is growing awareness of long-ignored water issues around the country, from basic water safety to something we now know as water poverty. The U.S. still has some of the safest drinking water on the planet, but eroding trust means that we are at risk of drinking less of it.

Taste and cultural customs also motivate many people to choose bottled water over tap. People coming to this country from places where the water was not safe, by necessity, drank only bottled water. That is a custom that continues for generations after families have settled here. And, safe though it may be, water in some places simply doesn’t taste good.

And then there is this. Soda companies invest millions of dollars in campaigns to defeat soda taxes that are designed to discourage people from buying and consuming sugar sweetened beverages. (They have also funded successful efforts to influence health organizations.) These taxes are being imposed more widely to help abate the dramatic increase we are experiencing in obesity and Type 2 diabetes, especially among children. The rates of these diseases are highest in the very populations that the industry targets most – low income neighborhoods and racial and ethnic minorities.

Back to the quiz: the environmental impact of manufacturing, transporting and disposing of our plastic bottles is a consideration that drives more and more people to carry refillable water bottles around.