Posted October 26, 2015 & filed under What the Experts Say about Fluoride.

Dental and medical organizations aren’t the only stakeholders who have examined the evidence and concluded that community water fluoridation is a safe and effective way to prevent tooth decay. Recently, the Water Research Foundation issued a report that focuses mostly on the health and environmental concerns that are circulated by critics of fluoride. They determined that the weight of the evidence supports community water fluoridation. 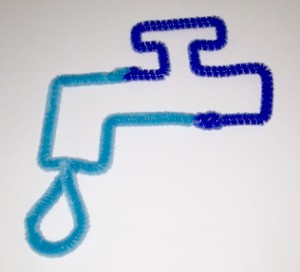 In its report, State of the Science: Community Water Fluoridation, the Foundation examined nine common concerns that critics raise about this public health practice. These concerns included skeletal fluorosis, cancer and neurological effects. Its conclusion? “Concerns with community water fluoridation (CWF) and fluoride exposure have been examined based on the latest science,” adding that “a balance of scientific studies showed that none of these issues poses a risk to public health at CWF levels.”

In addition, the Foundation concluded that “the average or even maximum water consumption does not approach fluoride exposures that would pose health risks.”

Much has been written about the flawed studies that are cited by critics to try to link fluoridation to IQ scores in children. In its report, the Foundation has identified yet another factor that could have skewed the outcome of these studies. According to the Foundation, Chinese researchers did not adequately account for the nation’s “historically high concentrations of fluoride in the air” because coal with a high fluoride content is burned indoors to heat homes in various regions of China.

“A significant exposure to fluoride from the air must be addressed in any studies conducted in geographical areas where high fluoride coal is being burned,” the Foundation wrote.

Interestingly, the Foundation is headquartered in Denver, whose water board reviewed the scientific evidence this summer and voted to continue water fluoridation.

In a resolution explaining its decision, Denver Water declared that there was nothing “learned in our (fluoride) research that would justify ignoring the advice” of the nation’s leading health, medical and science experts. And now we can add the Water Research Foundation to the long list of experts providing helpful, science-based guidance that backs fluoridation.