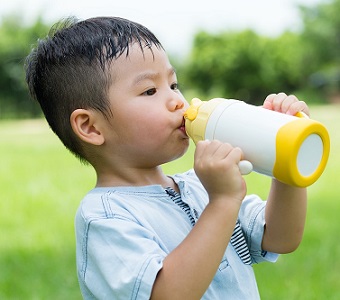 More good news arrived this week in the form of a new study on the most recent estimates of sugar sweetened beverage (SSB) consumption in the United States. Rates among children and adults declined between 2003 and 2014, according to data collected in those years from the National Health and Nutrition Examination Survey (NHANES).

This follows on the heels of new estimates of the positive health effects of providing water dispersers in schools. A pilot study released in 2016 found that providing free, easily accessible water to elementary school students resulted in reductions in weight. Using a model to project the health and economic effects of expanding that program to the entire nation, researchers estimate large reductions in childhood obesity and savings in the medical and social costs that result from it. As many as one half million youth would benefit and as much as $13 billion saved. Those are some significant figures!

Obesity is one of the primary risk factors for Type 2 diabetes among children, a disease that is also increasing rapidly, especially among racial and ethnic minorities. Tooth decay also disproportionately affects children from families with low incomes and minorities. Replacing sugary drinks with water – particularly water with fluoride – is more than a simple option: it is as close as we come to a silver bullet. These studies, and more, demonstrate that childhood obesity, diabetes, and tooth decay are positively impacted by replacing SSBs with water.