Posted June 03, 2016 & filed under Fluoride and Public Health, What the Experts Say about Fluoride.

A Philadelphia newspaper recently asked Dr Neilanjan Nandi about things people should know if they drink bottled water or reuse the same plastic bottles. Dr Nandi is an assistant professor at the Drexel University College of Medicine. Among other things, Dr Nandi offered a helpful reminder that most brands of bottled water lack enough fluoride to prevent tooth decay. 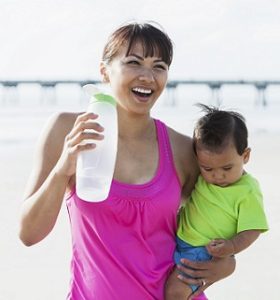 Dr Nandi explained that the “introduction of fluoride into the American water system actually dropped the rate of tooth decay — cavities — dramatically.” And he pointed out that the tap water provided by the Philadelphia water system “is more regulated than bottled water.”

Dr Nandi is right. The tap water that comes from a community water system is held to high regulatory standards. For starters, the Environmental Protection Agency (EPA) requires local water systems to monitor quality and publish a Consumer Confidence Report that informs a community about the quality of its tap water. This report must indicate whether any contaminants exceeded the limits set by the agency.

Local water systems go to great lengths to ensure high quality. Earlier this year, the New York Times described the numerous procedures that are used to monitor and protect the quality of New York City’s drinking water. “Field scientists are constantly monitoring temperature, pH, nutrient and microbial levels,” the Times reported, adding that all of these data are fed into a centralized computer system for analysis.

In 2015, scientists collected 31,700 water samples in New York City. That’s an average of 87 each day. And more than 383,000 tests were performed on them, either at the sampling stations or at a laboratory in Queens. Scientists looked for E. coli, other bacteria and contaminants.

The Flint water crisis reminds us that we cannot take the quality of our tap water for granted. It’s reassuring to know that the typical community water system puts a tremendous amount of time and effort into monitoring and ensuring quality.