Posted January 03, 2022 & filed under Fluoride and Public Health, Fluoride in the News.

In the year 2000, the U.S. Surgeon General released a landmark report on oral health that brought fresh momentum to policy and clinical efforts to prevent oral disease.

In December of 2021, the U.S. National Institutes of Health (NIH) released a report called Oral Health in America: Advances and 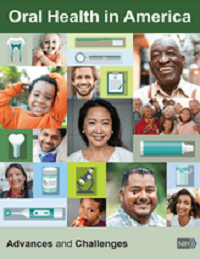 Challenges that was intended as a follow-up to the 2000 Surgeon General’s report. The new NIH report explores the importance of preventive strategies, among them community water fluoridation (CWF).

Recognizing the need to close oral health disparities, the NIH report observed: “Not only does water fluoridation confer a protective effect beyond that offered by other sources of fluoride, it can especially benefit children in low-income families.” The report cited a 2019 study showing that living in a predominantly fluoridated county reduced the impact of income-based disparities in tooth decay. The NIH called these findings “important from a health policy perspective.”

In a section about oral health in rural areas, the report notes that rural Americans have an added risk factor because “fluoridated water supplies often are not available in rural areas.”

The NIH report also highlighted the unique, passive nature of CWF. “Decreasing health disparities depends in large part on programs and policies aimed at providing more equitable distribution of evidence-based, health-promoting interventions,” the report explains. “Generally, this means programs that are not dependent on individual behavior change or compliance, such as community water fluoridation programs.”

The NIH report identifies misinformation as a factor in why some communities have stopped CWF. “While budgetary concerns may contribute to these decisions, community water fluoridation has been discontinued in some locations as the result of organized opposition based on false and unscientific arguments.”