In recent years, a number of communities have considered whether to start or continue adding fluoride to their local drinking water—the process known as “community water fluoridation” (CWF). The good news is that roughly 80% of them decided in favor of CWF in 2017. The bad news is that in those communities where CWF is ceased, residents’ health and well-being suffer and the cost of their dental care increases. Recently released research demonstrates this.

Earlier this month in Canada, research played a big role in an 8-3 vote by city councilors in Windsor to resume CWF. In fact, the city councilor who seconded the motion to restart fluoridation pointed to data showing a deterioration in the community’s dental health after fluoridation was ceased. “A 51 per cent increase in the quantity and severity of dental problems in the last five years is more than alarming to me,” said Councilor Jo-Anne Gignac. Windsor, a city of 217,000 people, is located right across the river from Detroit. 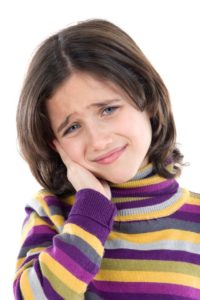 CWF. These data were shared in a study (full transcript accessible here) comparing the Medicaid dental costs for children (ages 0-18) before and after Juneau stopped fluoridation. The study’s findings are powerful:

As robust as the findings are from the Juneau study, it’s worth pointing out that there are two reasons why this study may actually understate the negative effects of ceasing CWF.

First, during the span of time that was studied, the coauthors point out that there was “a seven-fold overall increase in the placement of (dental) sealants” on children’s teeth. Because sealants are proven to reduce tooth decay rates, it’s reasonable to assume that decay-related costs after cessation would have increased even more had it not been for greater application of sealants. It is our understanding that dentists and health officials decided to intensify their sealant services to counteract the effect of ceasing CWF; clearly, a dramatic increase in sealants was not enough.

Second, Medicaid dental claims for tooth extractions were removed from the primary data analysis conducted by the study’s coauthors. This was done because the coauthors could not confirm that these procedures were caries-related without having access to children’s full medical records. As the coauthors themselves stated, this decision means that “caries procedures and costs may be underrepresented in the results.”

Even with those two factors potentially downplaying the change in dental treatment costs, the Juneau study reveals a striking increase in children’s tooth decay. Since national survey data indicate that the incidence of decay increases through the early adult years, even worse oral health problems may lay ahead for Juneau adults.