Lessons from the Measles Outbreak 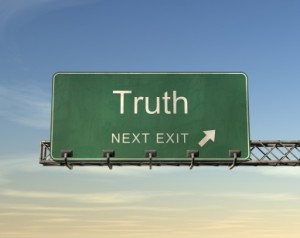 The choices people make about their health and welfare are a function of the belief systems they embrace, the communities they inhabit, and who they perceive themselves to be. Formerly anti-vaccine mom Juniper Russo recently described the influence that all of these had on her initial decision to forego vaccines for her first child.

The adage that says “the personal is political” continues to hold true. In Spreading Along with Measles: Polarization on a Hot-Button Issue, Brendan Nyhan points out that personal, political, and media reaction to the causes behind the outbreak all run the risk of creating more polarization and eroding the “social consensus in favor of vaccination.”

Perception of risk does not equal actual risk but, for better or for worse, we act on our perceptions. The gap between perception and reality is very real, and when it leads to growing rates of intentionally unvaccinated children, it results in precisely the kind of outbreak we are experiencing now.

The media does more harm than good when treating scientific evidence as theory. HBO’s John Oliver took a comedic approach to the phenomenon of subjecting settled science to a false debate, in this instance on climate change. But it’s no laughing matter to actively misrepresent the weight of the evidence.

Finally, a recent study on the role of science in American culture found some “stark fissures” between views held by the scientific community and those held by the public. “A sizable opinion gap exists between the general public and scientists on a range of science and technology topics.”

The body of evidence supporting community water fluoridation is undebatable. Yet this safe and effective public health measure, like vaccines against other preventable childhood diseases, suffers from all of the above.