Posted April 27, 2015 & filed under Fluoride in the News, What the Experts Say about Fluoride. 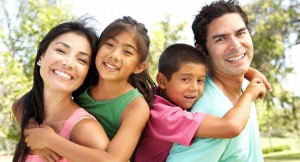 Today, the U.S. Department of Health and Human Services (HHS) announced final recommendation for the optimal fluoride level in drinking water to prevent tooth decay at 0.7 milligrams per liter. Most US cities and communities are already fluoridating their water at 0.7 and this new recommendation does not reflect a change in the evidence supporting the safety and effectiveness  of this intervention.

Previously, it was understood that more fluoride was needed in some places and less in others because research had shown people consumed different amounts of water according to where they lived geographically (warm versus cool climates). With the advent of air conditioning, new research shows there is no longer a difference across the country in the consumption of water. Also, fluoride is now found in a variety of sources, including toothpaste, mouth rinse, professionally applied treatments, water and processed foods. Both factors influenced the new recommendation. The optimal level is set to prevent tooth decay, while minimizing the incidence of dental fluorosis (a mild change in the appearance of the tooth’s enamel).  HHS now recommends one level for the entire nation.

This recommendation makes no change to the position of the Campaign for Dental Health, the Centers for Disease Control and Prevention, the American Academy of Pediatrics, the American Dental Association, and hundreds of other organizations that fully support community water fluoridation (CWF) as a proven public health intervention.