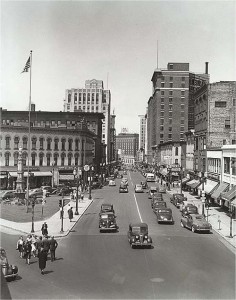 This week marks the 73rd anniversary of when Grand Rapids, Michigan became the first city in the world to fluoridate its public water system.

Once the city commission approved the decision to fluoridate, the decay trends of Grand Rapids children were assessed under a study that was originally sponsored by the U.S. Surgeon General. Over the course of this 15-year study, researchers examined the rate of tooth decay among the nearly 30,000 school children in Grand Rapids. Incredibly, researchers discovered that after only 11 years, the decay rate for children born after fluoridation began fell by more than 60 percent. This finding was strengthened by the fact that thousands of kids had been part of this study.

A May 1957 article in the American Journal of Public Health, a peer-reviewed journal, examined the decay reductions in Grand Rapids and concluded:

“On the basis of these results and the data collected in previous reports, one can conclude that fluoridation of public water supplies will effectively reduce the dental [decay] experience of those persons exposed to its effect continuously from birth onward.”