March 2017 saw the debut of a new website taking a unique approach to fluoride science. FluorideExposed.org explores a broad range of science topics, using fluoride as a theme. The site aims to explore not only the science underlying the role of community water fluoridation (CWF) in oral health and cavity prevention, but also fluoride’s role in a wide variety of sciences such as chemistry, drinking water treatment, freshwater ecology, toxicology, and public health. 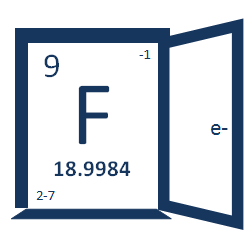 A case in point is the site’s debut feature on the place that fluoridation of drinking water has in the science of public health. An interactive infographic slide series offers an in-depth and humorous breakdown of the U.S. Centers for Disease Control and Prevention’s 1999 series on the Ten Great Public Health Achievements in the Twentieth Century. The feature puts CWF in context with other public health achievements, such as immunizations, motor vehicle safety, and family planning. But all ten public health achievements have a full complement of interesting infographics in the slideshow. The full exploration of each achievement offers practitioners from each of the ten featured public health sub-specialties a resource to share about the role of their sub-specialty in advancing people’s health. Another goal of the feature is offering members of the public who are reading up on fluoride to also review a wider view of public health topics and accomplishments at the same time: community water fluoridation is a window into the large and rich field of public health.

See more at FluorideExposed.org and explore the interactive infographics of the 20th-century public health achievements specifically at: Fluoridation, One of Ten Ways We Beat Disease.