In Europe, a variety of methods are used to ensure that fluoride’s benefits reach a large population of children and adults. Ireland, England and Spain have water fluoridation programs that reach nearly 13 million people. Several areas of Italy have natural fluoride levels that are high enough to help prevent tooth decay. In Germany, Switzerland, France and other nations, more than 70 million people have access to fluoridated salt. 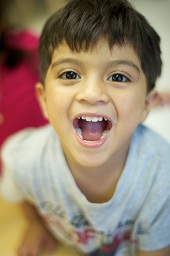 Milk is another vehicle for fluoride that several European countries use to help protect teeth from decay. In the United Kingdom, officials in the city of Blackpool recently approved a program to provide fluoridated milk to roughly 8,000 schoolchildren.

Their decision was prompted by two facts. First, the local water supply is not fluoridated, so children lack access to fluoride through this means. Second, many Blackpool children have poor oral health. In this non-fluoridated city, the average rate of decayed, missing or filled teeth (DMFT) among 5-year-olds is 40% higher than the Northwest region as a whole. And Blackpool’s 5-year-olds have a DMFT rate that is nearly double the national average in England.

Although Blackpool’s decision is encouraging, its fluoridated milk program will only reach 8,000 children. Adults and other children will not receive these benefits. Tooth decay is a lifecycle problem, and this is why health experts in the U.S. view water fluoridation as the best way to reach people of all ages.