Fluoridation to Expand in New Zealand

Community water fluoridation is being expanded in phases to new communities in New Zealand, and the initial phase includes 14 local water systems. This announcement follows last year’s decision by the nation’s parliament to give the Director-General of Health new authority to make fluoridated water available in more communities.

Dr. Ashley Bloomfield, the Director-General of Health, contacted all local councils across the country whose water supplies are not yet fluoridated to discuss the logistics and timing of fluoridation for each water system.

Once these 14 water systems are fluoridated, the percentage of New Zealanders with access to fluoridation will increase from 51% to 60%. Other systems that currently do not fluoridate will be included in a later phase. 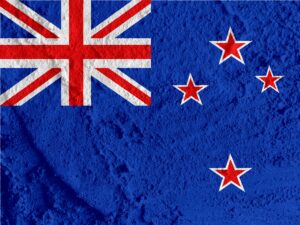 Although critics of water fluoridation raise concerns about the impact of exposure on children’s IQs and cognitive development, a New Zealand study is often cited as evidence that fluoridated water is safe. This 2015 study tested IQ scores of people at multiple ages over a 31-year span and found no association between IQ scores and living in a fluoridated community.

Dr. Tule Fanakava Misa, a dentist in one of the 14 soon-to-be-fluoridated communities, expressed excitement about the news. Dr. Misa said it would have “a huge impact on people with poor oral health” who often cannot afford over-the-counter fluoride products.