Fluoridation: It’s Not Just for Kids

For decades, Americans have known that adding fluoride to drinking water helps protect teeth from cavities. Yet some people mistakenly believe this health benefit is enjoyed only by children. In fact, various studies — including one released a few months ago — are strengthening the evidence that adults also benefit from drinking fluoridated water. 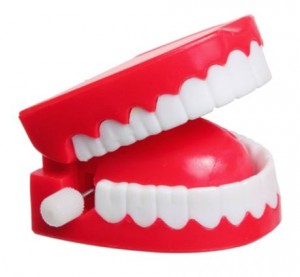 The earliest studies of community water fluoridation examined the impact on children, and this may explain why many Americans tend to think of kids as the only or primary beneficiaries. Yet a Brazilian study released this spring builds the case that fluoridated tap water also prevents tooth decay in adults.

Brazil isn’t the only country where research shows fluoridation’s positive impact for adults. A 2014 study found that fluoridated communities in Ireland “had a statistically significant and positive association with the probability of an older person (age ≥50) having all their own teeth.” One year earlier, the co-authors of an Australian study concluded that dental data from thousands of adults provided evidence of a “preventive effect in Australian adults” of 21-30%, based on whether they were born after or before fluoridation was widespread– a percentage reduction quite similar to what has been reported for children.

Gary Slade, who directs the oral epidemiology program at the University of North Carolina School of Dentistry, was a co-author of the Australian study. “It was once thought that fluoridated drinking water only benefited children who consumed it from birth,” Slade told ScienceDaily. “Now we show that fluoridated water reduces tooth decay in adults, even if they start drinking it after childhood. In public health terms, it means that more people benefit from water fluoridation than previously thought.”