Posted May 03, 2013 & filed under What the Experts Say about Fluoride. 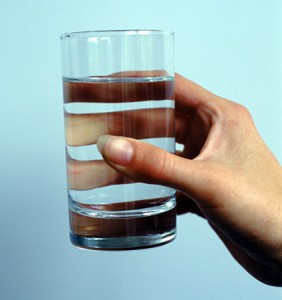 Some people who oppose community water fluoridation (CWF) suggest that instead of this public health approach, people should go get fluoride treatments at a dental office. We have long known that fluoridated water is the most inexpensive way to provide fluoride’s crucial benefits. Now, a recently released study in the British Dental Journal provides additional evidence for why community water fluoridation is the best way to provide fluoride’s benefits.

The study concluded, “This and other studies confirmed that a frequent exposure to fluoride products is more beneficial in [decay] prevention than the incorporation of fluoride into the dental tissues, such as is achieved by semiannual topical fluoride treatments.” Drinking fluoridated water enables people to receive a steady exposure to fluoride’s benefits. The study reached this conclusion:

“Fluoridation of the drinking water is still the optimal method, but in many parts of the world this is not implemented due to political/emotional reasons.”

Politics and emotions should never be allowed to trump the scientific evidence.