Posted June 20, 2013 & filed under Facts about Fluoride, Fluoride in the News.

Ex-Minnesota Gov. Jesse Ventura has said some controversial things throughout his years in the public eye, and he uttered some more strange comments recently. Appearing on a Fox TV program, Ventura asked (at 12:44 of the video) this rhetorical question: “Why do they stick fluoride in our water when fluoride is the main ingredient of Prozac?” In the same interview, he also said that “fluoride is 90 percent of Prozac.” Both of these claims about fluoride are false.

Let’s take these claims one at a time.

1. Fluoride is not the “main ingredient” in Prozac. The active ingredient in Prozac is Fluoxetine, not fluoride. Fluoxetine is comprised of five different elements. Fluoride is only one of those elements. Oxygen and nitrogen are two others that make up Fluoxetine. Should the fact that oxygen is an ingredient in Prozac lead someone to fear oxygen and avoid inhaling it? Anyone who stopped consuming oxygen would soon be dead. Now there’s a health risk worth worrying about. Of course, research shows that anyone who stopped consuming fluoridated water would raise his or her odds of tooth decay. 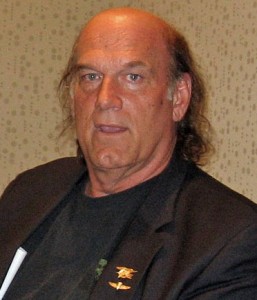 false to claim that fluoride is “90 percent of Prozac.” In fact, the chemical structure of Fluoxetine (Prozac) is C17H18F3NO. By calculating the atomic weight of each element, one can determine that fluoride makes up only 18.5 percent of this drug. Other elements — oxygen, hydrogen, nitrogen and carbon — make up more than 80 percent of this drug. Opponents like to say that fluoride is an ingredient in Prozac because they hope it will scare people. But this is the key fact: just because fluoride or oxygen are in a drug does not mean those elements are somehow dangerous.

At one point in the interview (13:12), Ventura made another false statement when he said that “it was the Nazis that first put Prozac in the water, or I should say fluoride.” PolitiFact — the independent, nonpartisan fact-checking service — carefully examined this claim and found that it was false.