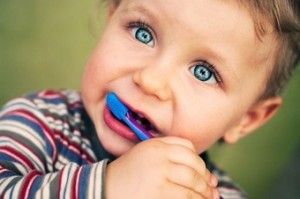 After the four-year study, the researchers examined the number of teeth damaged by early childhood caries, better known as cavities or tooth decay, and the number of fluoride varnish applications (FVAs) the child had received at well-child visits with their medical provider. Children who received four or more applications before the age of three had significantly fewer decayed tooth surfaces. Children who received only one fluoride varnish application before the age of three experienced no difference in the number of decayed teeth compared to children who did not receive any FVAs. The average number of FVAs provided before the age of three increased from 0 in 2009 to 4.7 in 2015. Oral health behaviors also improved. Following the OHP intervention, more caregivers had taken their child to the dentist, weened their child off a bottle, reported their child drank tap water, and brushed their child’s teeth with fluoride toothpaste.

The Campaign for Dental Health applauds all efforts to prevent childhood dental disease before it starts, especially when those efforts engage families who are most affected.