Last month, voters in Canada’s third-largest city sent a powerful message to their city council by approving a ballot measure that calls for resuming community water fluoridation (CWF). The measure was approved October 18 by a solid margin of 62% to 38%. In fact, the percentage of support received by CWF was higher than the percentage for all but one of the 14 candidates who won city council races. 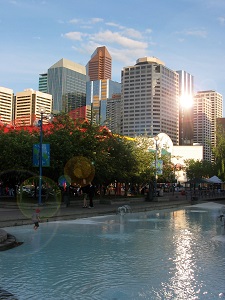 Calgary’s city council voted in May 2011 to cease CWF. In February 2021, the city council voted 10-4 to refer the issue to voters in this fall’s municipal elections. The vote last month is non-binding, but councillors are expected to act quickly by taking the needed steps, such as equipment purchases, to facilitate CWF.

Juliet Guichon, who managed the “Yes! Fluoride” campaign, said the electoral results demonstrated that Calgary voters “were dismayed that city council acted against their wishes and medical advice in removing fluoridation, and they had decades of fluoridation, (so) they knew how valuable it was.”

A variety of factors appear to have shaped the outcome of the October 18 vote. First, a study released in August revealed that children’s tooth decay rates in Calgary had steadily risen since CWF ended, surpassing the rates among children in the fluoridated city of Edmonton. The study found that 65% of Calgary second-grade students had experienced at least one dental cavity, while only 55% of Edmonton second-graders had one or more cavities.

In addition to parents, community activists and other volunteers, the pro-CWF campaign engaged dental providers shared their first-hand observations. In a six-minute video, several dental providers told their stories about the decline in oral health they have witnessed since Calgary ceased CWF.

The October 18th vote was the seventh time that Calgary residents cast ballots on CWF, starting with a vote in 1957. Although a majority of city voters opposed CWF in 1957, 1961, 1966 and 1971, CWF has won majority support in the last three Calgary plebiscites — this year’s and the votes which occurred in 1989 and 1999.