A Strong Consensus of Editorial Support

Posted February 16, 2016 & filed under Facts about Fluoride, Fluoride in the News.

Over the past dozen or so years, the topic of community water fluoridation (CWF) has generated intense discussion in a variety of U.S. cities and communities. In many cases, daily newspapers share their perspective through editorials. A five-year analysis of editorials from these newspapers reveals that more than 80% of them endorsed fluoridation. This is noteworthy for several reasons. 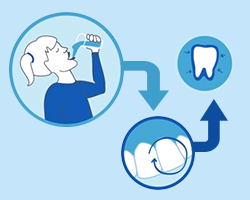 First and foremost, if you’ve ever worked at a newspaper, you know that an editorial on a new topics is typically written over a few days — and only after an editor has contacted experts in the field and reviewed key reports or studies.

Second, daily newspapers are independent voices that aren’t connected to a corporate entity or political group. They aren’t trying to sell water filters or anything else that would give them a vested interest in promoting or attacking a health practice like fluoridation.

Third, editorial boards either meet face-to-face with or read information submitted by people on both sides of an issue. For example:

Whether newspapers are based in New England, the Farm Belt, the South or the West Coast, their editors tend to have something in common: after closely examining what both sides say, they overwhelmingly decide to support fluoridation.